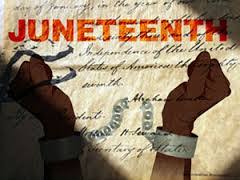 ADCCLA has always aspired to educate, because through education comes understanding, through understanding comes action and through action comes change.

Few people understand and fewer still have actively sought to learn the volatile history of the Black Experience in America. This has never been more clear then it is today. Endless issues of inequality with the same conversation continuing decade after decade reveal the abysmal lack of education of the Black experience in our schools, communities, and country.

It is our job as a society and citizens of this country to end this ignorance so that we can finally break the horrific cycle of abuse towards Black Americans, towards our fellow countrymen, to our fellow humans.

SAYING you are not racist is simply not enough. Hiding behind a veil of ignorance can no longer be the copout of the day. So you didn’t learn it in school, you can learn it now. We can only make the kind of substantive change demanded when we understand our history.

The story of Black America is profoundly captivating, heartwrenching, powerful, and inspiring. On that note, we can start here. Juneteenth…

Today is Juneteenth, and it is the celebration of the final Emancipation of enslaved people from the confederacy. Below are excerpts from Wiki and the PBS series “The African Americans: Many Rivers to Cross” hosted by Professor Henry Louis Gates, Jr. outlining the history of Juneteenth.

Juneteenth, also known as Freedom Day, Jubilee Day, and Cel-Liberation Day, is an American day of recognition celebrated annually on June 19. It commemorates June 19, 1865, when Union general Gordon Granger read federal orders in Galveston, Texas, that all previously enslaved people in Texas were free. Although the Emancipation Proclamation had formally freed them almost two and a half years earlier, and the American Civil War had largely ended with the defeat of the Confederate States in April, Texas was the most remote of the slave states, with a low presence of Union troops, so enforcement of the proclamation had been slow and inconsistent.

Celebrations at first involved church-centered community gatherings in Texas. By the 21st century, Juneteenth was celebrated in most major cities across the United States. Activists are campaigning for the United States Congress to recognize Juneteenth as a national holiday. Juneteenth is recognized as a special day of observance in 47 of the 50 U.S. states.

During the American Civil War, President Abraham Lincoln issued the preliminary Emancipation Proclamation on September 22, 1862. It was formally issued on January 1, 1863, declaring that all enslaved persons in the Confederate States of America in rebellion and not in Union hands were to be freed.

Planters and other slaveholders had migrated into Texas from eastern states to escape the fighting, and many brought enslaved people with them, increasing by the thousands the enslaved population in the state at the end of the Civil War.  Although most lived in rural areas, more than 1,000 resided in both Galveston and Houston by 1860, with several hundred in other large towns. By 1865, there were an estimated 250,000 enslaved people in Texas.

The news of General Robert E. Lee’s surrender on April 9, 1865, reached Texas later in the month. The western Army of the Trans-Mississippi did not surrender until June 2.  On June 18, Union Army General Gordon Granger arrived at Galveston Island with 2,000 federal troops to occupy Texas on behalf of the federal government. The following day, standing on the balcony of Galveston’s Ashton Villa, Granger read aloud the contents of “General Order No. 3”, announcing the total emancipation of those held as slaves:

“The people of Texas are informed that, in accordance with a proclamation from the Executive of the United States, all slaves are free. This involves an absolute equality of personal rights and rights of property between former masters and slaves, and the connection heretofore existing between them becomes that between employer and hired labor. The freedmen are advised to remain quietly at their present homes and work for wages. They are informed that they will not be allowed to collect at military posts and that they will not be supported in idleness either there or elsewhere.”

Although this event is popularly thought of as “the end of slavery”, the Emancipation Proclamation did not apply to those enslaved in Union-held territory.  They would not be freed until a proclamation several months later, on December 18, 1865, that the Thirteenth Amendment was ratified on December 6, 1865.

The following year, freedmen in Texas organized the first of what became the annual celebration of “Jubilee Day” on June 19. Early celebrations were used as political rallies to give voting instructions to newly freed slaves.

In some cities, black people were barred from using public parks because of state-sponsored segregation of facilities. Across parts of Texas, freed people pooled their funds to purchase land to hold their celebrations. The day was first celebrated in Austin in 1867 under the auspices of the Freedmen’s Bureau, and it had been listed on a “calendar of public events” by 1872. That year black leaders in Texas raised $1,000 for the purchase of 10 acres of land to celebrate Juneteenth, today known as Houston’s Emancipation Park. The observation was soon drawing thousands of attendees across Texas; an estimated 30,000 black people celebrated at Booker T. Washington Park in Limestone County, Texas, established in 1898 for Juneteenth celebrations. By the 1890s Jubilee Day had become known as Juneteenth.

Today, forty-seven of the 50 U.S. states and the District of Columbia have recognized Juneteenth as either a state holiday or ceremonial holiday, a day of observance. The three states that do not recognize Juneteenth are Hawaii, North Dakota, and South Dakota.

WHAT ACTION WILL YOU TAKE TODAY?

Consider putting the 6/19, or Juneteenth in your car window, or in a place where someone might ask you a question about it. Take a picture and send it to us and let us know if anyone asked you what it meant. Bet you knew what to tell them.

What you can do?

Be the change you wish to see in the world as all change begins with a single action.

You can learn more about Juneteenth with Bill Moyers and Reverend Dr. James Forbes:

What we care about